Poly-form F08 is flowing adhesive system. F08 is designed for applications that require seal coverage and permeation such as sealing or potting switches, connectors and other electromechanical devices as well as sealing fluid dispensing and hydraulic assemblies.

Because Poly-form are flexible, they can be pre-shaped in large and complex configurations to accommodate multi-pin connectors, intricate manifold paths, or irregular housings. Our precision preforming also allows Multi-Seals to produce much smaller preforms for micro and nano electronic assemblies.

Given the range of shapes and sizes, Poly-forms can provide a sealing or bonding solution for nearly any industry. 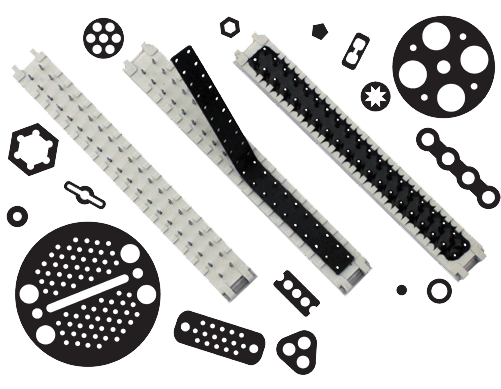 We would like to learn more about your application. Call (860) 643-7188 or email sales@multi-seals.com today to discuss your requirements.